Welcome to our page for Year 4 children!

This half term our topic will be ‘Angry Planet’. Using the texts ‘The Iron Man’ and ‘The Iron Woman’ by Ted Hughes we will write newspaper reports and write a story exploring pollution and the effect it has on the planet. In Maths, we will develop our use of the four operations in the context of decimals, time, money and statistics. In Science, we will investigate sound through looking at how we hear noises and how they change over distances. We will then be learning about mountains, volcanoes and earthquakes linking to our topic. We will study how they are created and the impact natural disasters have on the planet. RE will focus on Sikhism, particularly looking their key symbols, place of worship and their main beliefs. PSHE will enable us to explore how to stay safe and the effects of different medicines.

Our Remote Education Provision information for Parents can be found here

This half term, we are continuing with our topic on ‘Roman Britain’. Using the trilogy ‘Journey’, ‘Quest’ and ‘Return’ by Aaron Becker, we will write recount texts in role as a character from the books and write a fantasy story based on the world they explored. In maths, we will develop our multiplication and division skills, including learning our times tables to 12 x 12. In science, we are continuing to investigate states of matter, including what happens to the particles at the different points of the water cycle. We will further develop our knowledge and understanding of Roman Britain, focusing on the legacy they have left us like our legal system, some of our language and buildings. R.E. continues to focus on Christianity, particularly looking at the Ten Commandments. During PSHE lessons, we will be discussing anti-bullying and finding ways support ourselves and others.

Year Four have been thoroughly enjoying learning about Ancient Roman this half term. They have read ‘Escape from Pompeii’ in English and ‘Roman Rescue’ in guided reading. Following on from this, they wrote an explanation text on how a volcano erupts and their own historical narrative based on the events in Pompeii in 79AD. In history, we have learnt all about the Roman invasions of Britain and the rebellion led by Boudicca before practising Roman army manoeuvres to experience what it would have been like. We are now looking forward to finding out about the legacy the Roman Empire left us, like money, roads and our language. 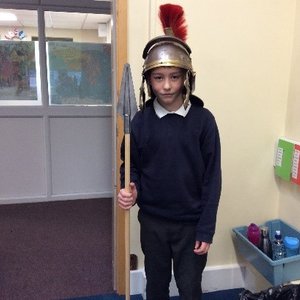 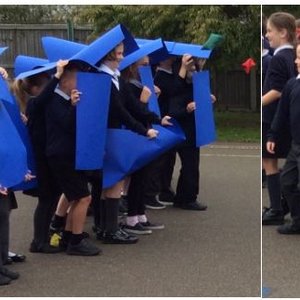 This half term our topic will be ‘Roman Britain’. Using the text ‘Escape from Pompeii’ we will write explanation texts on how a volcano erupts and write a story exploring the impact it had on the Ancient Roman city of Pompeii. In Maths, we will develop our sense of number through learning about the place value in four digit numbers. In Science, we will investigate states of matter through looking at solids, liquids and gases and the adaptions to the particle arrangements that take place when they change from one state to another. We will then be learning about Roman Britain, linking to our English work. We will study the invasions of Britain by the Roman Empire and the impact that it had. RE will focus on Christianity, particularly looking at the different saints. During PSHE lessons, we will be exploring our emotions and find appropriate strategies to manage them. 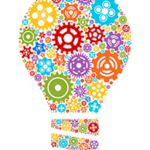 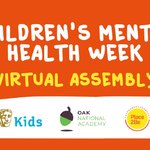 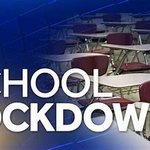